Anyiko Owoko is East Africa’s leading Entertainment and Music Publicist and the founder of Anyiko Public Relations (Anyiko PR). Anyiko is also Music and Events Curator with over ten years experience in the media and music industry. Her knack for promoting artists, coupled with a broad media network and diverse work experience, has elevated her to become one of Africa’s most influential women in music business and the creative sector.

Anyiko hosts and produces VIP ACCESS – a YouTube and podcast show on Travel, Music and Culture, that also spotlights her work behind the scenes. VIP ACCESS is dedicated to promoting Africa’s most promising talent. In the same light, she reviews African music and curates music playlists. She is also an event curator for Goethe-Institut Nairobi’s The Jam concert series that promotes Kenyan musicians and spotlights live music. Her arts, culture and music blog – anyiko.blog established in 2016 was added among Top 25 Great Kenyan blogs to Follow in 2014 by Travelstart.

Anyiko’s accolades include being added in Rockstar Television’s 2021 #AfricanHot100 as a leading African publicist. She received a 2020 Kotex ‘She Can Award’, which acknowledges Kenyan women who have demonstrated passion, motivation and inspired many while breaking barriers to achieve their own victory and success. In 2018, she was added onto OkayAfrica’s list of 100 women honorees for her dedicated work and being a promising talent within the genre of media. Same year, she won the ‘Service Industry Award’ at the Young Entrepreneur Awards (Kenya), designed to identify upcoming and industrious entrepreneurs with great business acumen.

Anyiko’s accolades include being named top African publicist in Rockstar Television’s 2021 #AfricanHot100. She received a 2020 Kotex ‘She Can Award’, which acknowledges Kenyan women who have demonstrated passion, motivation and inspired many while breaking barriers to achieve their own victory and success. In 2018, she was added onto OkayAfrica’s list of 100 women honorees for her dedicated work and being a promising talent within the genre of media. Same year, she won the ‘Service Industry Award’ at the Young Entrepreneur Awards (Kenya), designed to identify upcoming and industrious entrepreneurs with great business acumen.

Her journey, however, began in the small town of Molo, located in Kenya’s Nakuru County, where she was born as the last born of five siblings and raised by parents who both worked as teachers and farmers. The family’s demeanor – into adventure, music and culture, fuelled her dreams and ambition of making it big in the city. She eventually relocated to Nairobi to study French at Alliance Française and a degree in Broadcast Journalism and Media Studies at the University of Nairobi. Her career took off during her second year at university when she started juggling jobs between The BBC Nairobi Bureau working as a radio broadcast assistant and a TV host, scriptwriter and producer at KBC (Kenya’s national broadcaster).

Anyiko has to date worked as a publicist to many African stars and on countless Pan-African projects. Her avant-garde PR & Talent Management agency (Anyiko PR) set up in 2017 prides itself in highlighting African achievement, culture exchange and the robust arts and culture circuit, while executing excellent PR & digital campaigns for local and international clients. In simple words - Anyiko PR represents African stars and connects audiences in unique ways.

In 2022, Anyiko PR worked alongside The British Council, Netflix, Realness Institute and Heva Fund on several arts and culture projects, including launching Country Queen - Kenyan original series and the first Kenyan series on Netflix. In 2021, Anyiko PR worked alongside WFP (East & Central Africa / Southern Africa) regions to execute PR and host Twitter Spaces on the linkages between climate change and gender-based violence as part of their broader 16 Days of Activism against Gender-Based Violence campaign.

From 2021 - 2022 (August) Anyiko PR worked in affiliation with South Africa’s DNA Architects to provide PR for Apple Music in East Africa and Ghana. From 2018 – 2021, Anyiko PR worked alongside Scope Impact as a communication and PR strategist on Form Ni Gani (a platform for young Kenyans to explore and discuss crucial issues, decisions surrounding contraception and the future of Kenya) and Kizazi Chetu (a campaign and movement aiming at creating a generation of cervical cancer free women who are bold, autonomous and fully protected from cervical cancer).

Anyiko’s induction into the PR world was through her ten-year stint working as Publicist to Sauti Sol, where she played a crucial role in building their brand, from an unknown quartet to Kenya’s biggest music export and one of Africa’s biggest music groups. From 2015 – 2019, she worked as the Entertainment and Music Publicist of Coke Studio Africa, Coca-Cola’s African flagship music show, for four seasons in a row. Her role included managing PR and communications for the show in over 10 African countries and beyond, while creating market-specific content and strategies for a Pan-African audience. She also spearheaded high profile parties and media events that hosted various artists including the show’s international guests: NE-YO, Trey Songz and Jason Derulo. She was also editor, a contributor and a founding member of the Coke Studio Africa blog. 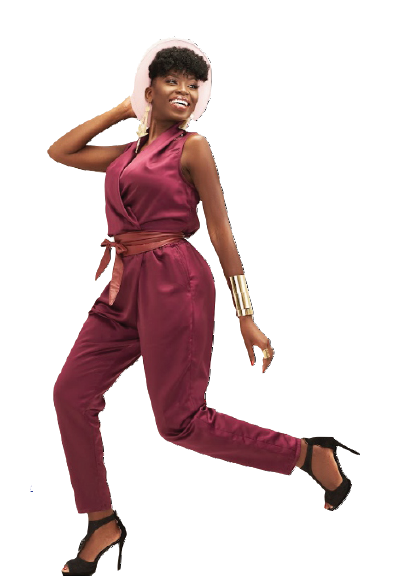 
From 2012, Anyiko has written on arts and culture for various publications including Kenya’s Daily Nation, the highest circulated independent newspaper. Other publications include YUMMY Magazine, dstv.com, Goethe-Institut (Nairobi) and ARISE. From 2016 – 2019, she was East Africa head of content and contributor at Not Just Ok - East Africa. In 2017, she attended a training by IGAD Centre of Excellence in Djibouti in Preventing and Countering Violent Extremism at the Innovation Lab: https://bit.ly/2YO9zby In 2014, her poetry was published in the anthology “7 Shades of Love” by a London writer Daniella Blechner: http://ow.ly/J9CKY

Anyiko’s Arts and culture articles and op-eds for Daily Nation include:


In 2022 she worked with E! Entertainment to facilitate celebrity interviews and interview Sarkodie, Yvonne Nelson, Yemi Alade, Churchill and Kate Actress for NBC’s second season - Africa edition of True E! VIP Hollywood series. In 2019, she produced Yemi Alade and Angélique Kidjo’s 2019 hit video “Shekere” From 2009 - 2016, she worked as a co-host and co-producer of Grapevine on KBC—Kenya’s longest running entertainment magazine show. The experience of working as an entertainment journalist, scriptwriter and field reporter, made Anyiko fall in love with documenting arts and culture. Her interactions and interviews with various Kenyan and international acts while on the show, matched with her dream to work more closely with artists, prompted her to start designing her own career path towards becoming a professional Entertainment and Music Publicist. From 2009 - 2011, she worked as a radio program assistant and reporter for KIMASOMASO (Speaking Out Boldly), a program on sexual and reproductive health, under BBC WORLD SERVICE TRUST: http://ow.ly/JaArO


In 2022, Anyiko spoke at XP Music Futures - Saudi Arabia's inaugural music conference on the panel “How Emerging Markets are Storming the World Stage. The Intersection of Events, Music, Art, Fashion and Street Culture” while moderating a panel on “Streaming Revenues and Leveraging Online Data for Maximum Profits”. In the same year, she was named as global ambassador for the female-led Africa Rising Music Conference (held annually in Johannesburg, South Africa). In the same year she spoke at ARMC’s panel “Everyone Is Making A Move For Africa” while moderating the panel “Artist Development: Africa vs EU - the main obstacles & opportunities.”

In 2021, she spoke at Midem Africa on the panel “How to Promote Your Music?” In 2020, she moderated Midem Africa’s panel on “Covid 19 & digital music consumption in Africa”. She also spoke at WOMEX on ‘Fostering South to South Relations’. In 2019, she was a speaker at Ongea Summit on the topic “Why Musicians Miss Big Money: It’s in their Brand Building & Publicity”. In 2018, she spoke at the Women in Music Panel on “Carving out a sustainable career in music by Women In Music Africa Forum and at DigiTalk’s Women In Digital on the topic: “Branding in a digital world”. In the same year, she moderated ONGEA Music Summit’s panel on “How to get rich and famous”. In 2017, she moderated Jalada Literary and Arts Festival’s panel on “Tracing Nairobi’s Benga Beats”, facilitated a one day ‘PR in the music industry’ workshop presented by Heva and spoke at the GoDown’s Creative Entrepreneurship class. In 2016, she was a youth mentor on Blaze - Safaricom’s mentorship platform.

She hosted and curated several events including Goethe-Institut’s The Jam concert series in 2022. She was an event MC at the launch of Oppo A series device in Kenya (2020) and Westgate Mall’s Art of Fashion event (2019). She also hosted the launch of Shuga Down South in Nairobi (2017) and the Hennessy My Graffiti Event (2016). In 2013, she was among top stylists picked by Deacons Kenya Limited to curate a fashion show at the launch of Zara in Kenya.